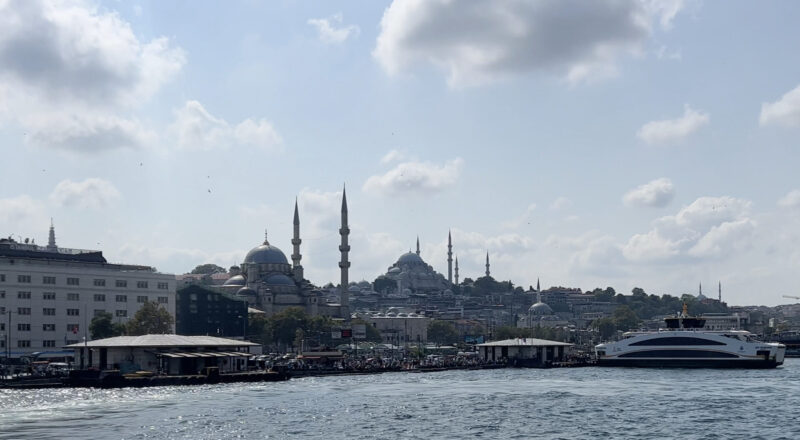 Istanbul is a city rich in culture, history, and natural beauty. With so much to see and do, planning a trip to this vibrant metropolis can be overwhelming. Whether you’re interested in art, architecture, or simply soaking up the local atmosphere, it is a destination that has something for everyone. To make the most of your time in this beautiful city, here are some of the top things to do in Istanbul:

The Blue Mosque is another iconic mosque in Istanbul, distinguished by its striking blue tilework and six minarets. Inside the mosque, visitors can view the intricate decoration and calligraphy. The mosque was constructed in the early 17th century by the Ottoman Sultan Ahmet I and is one of Istanbul’s most recognizable landmarks. Visitors are welcome, but the mosque is closed during prayer times.

According to the things to do in Istanbul,  The Galata Tower is one of Istanbul’s most recognizable landmarks and has played a significant role in the city’s history. It served as a watchtower for the city’s defenses and a lighthouse for Bosphorus vessels. It was converted into a fire watch and telecommunications tower in the 19th century. Visitors can ride an elevator to the tower’s summit to take panoramic views of Istanbul. From the highest point, one can see the Bosphorus, the Golden Horn, the historic peninsula, and the contemporary city. This stone tower from the Middle Ages offers sweeping views of Istanbul and the Bosphorus Strait. Guests can also dine and imbibe at the tower’s rooftop restaurant.

The Grand Bazaar is among the world’s largest and oldest covered markets. Since the 15th century, this bustling market with over 60 streets and 4,000 shops has been operating. It is an excellent place to purchase souvenirs, spices, and Turkish carpets. The bazaar is located in the historic district of Istanbul, a labyrinth of narrow streets and small shops. The bazaar offers everything, from spices, textiles, and carpets to jewelry, pottery, and leather goods.

Take a cruise on the Bosphorus:

A cruise on the Bosphorus is a great way to see the city from a new vantage point and to get a feel for the bustling waterfront. Numerous cruises also include stops at various landmarks. Eminonu or Karakoy ferries offer breathtaking views of the Bosphorus and the Asian and European shores. On a boat tour, you can also see the Bosphorus Bridge, Maiden’s Tower, and Ottoman palaces.

According to the things to do in Istanbul, The Hippodrome of Constantinople is an important historical site that reveals Istanbul’s ancient past. It is a must-visit location for anyone interested in Istanbul’s and the Byzantine Empire’s history, as its monuments and ruins attest to the city’s rich history and cultural heritage.

This Byzantine cathedral-turned-mosque-turned-museum is one of the most recognizable landmarks according to the things to do in Istanbul. The Hagia Sophia, constructed in the sixth century, is renowned for its enormous dome, intricate mosaics, and stunning architecture. The Hagia Sophia was a cathedral for 916 years and a mosque for 481 years before becoming a museum open to the public. The structure is a UNESCO World Heritage Site and a must-see for all travelers to Istanbul.

Turkish tea is an essential part of Turkish culture and a must-do for any traveler to the country. It is a unique and delicious way to experience Turkish culture and hospitality, whether consumed in a traditional tea house, on the street, or in a restaurant.

Istanbul is a foodie’s paradise, with a wide variety of authentic and delicious Turkish cuisine available. Kebab, baklava, Turkish delight, and meze platters are a few must-try dishes. Additionally, guests can enjoy a traditional Turkish breakfast, which typically includes a selection of cheeses, olives, tomatoes, cucumbers, bread, and tea or coffee.

The Spice Bazaar, also known as the Egyptian bazaar, is located adjacent to the New Mosque in the Eminonu district. It is an excellent place to purchase spices, herbs, teas, and confections according to things to do in Istanbul. Additionally, the bazaar contains numerous small shops selling souvenirs and traditional Turkish goods.

The Bosphorus, a significant shipping route, separates Europe and Asia. The Bosphorus provides stunning views of the city, the strait, and the surrounding hills when strolled along. You can walk from the Galata Bridge to the Bosphorus Bridge along the seaside or vice versa. Along the route, you will see the magnificent Ottoman mansions, palaces, and fortifications that line the coastline.

Taksim Square is a central transportation hub of numerous political demonstrations and rallies. In addition, it is home to the Ataturk Cultural Center, a significant cultural complex with a theater, concert hall, and art galleries. Taksim Square is a great place to explore Istanbul due to its central location and proximity to restaurants, shops, and hotels.

For over 400 years, the Topkapi Palace was the primary residence of Ottoman sultans. The enormous palace complex comprises numerous buildings, courtyards, gardens, and a vast Ottoman art and artifacts collection. The palace was constructed in the fifteenth century and served as the heart of the Ottoman Empire for centuries. Numerous halls and rooms, including the Harem, the Treasury, and the Imperial Council Chamber, are accessible to visitors.

Unwind in a conventional Turkish bath:

When in Istanbul, a visit to a traditional Turkish bath, also known as a Hamam, is a must. These unique and relaxing bathhouses have been a part of Turkish culture for centuries. In addition to traditional scrubs and massages, guests can relax in hot and cold pools. The Caalolu Hamam, the Galatasaray Hamam, and the Süleymaniye Hamam are three of the most well-known Hamams in Istanbul.

According to things to do in Istanbul, the Dolmabahce Palace is a significant historical and cultural landmark that provides a glimpse into the opulent lifestyle of the Ottoman sultans. Anyone interested in the history and culture of Istanbul and the Ottoman Empire must visit this location. The palace has a lovely garden, where visitors can stroll and view the Bosphorus. If you love palaces, you can check out our Bangkok Travel Guide!

Travel to the Pillar of Constantine:

The Pillar of Constantine is an important historical site for those interested in the ancient history of Istanbul and the Roman Empire. It is an intriguing and distinctive structure that serves as a reminder of the city’s rich and varied past. 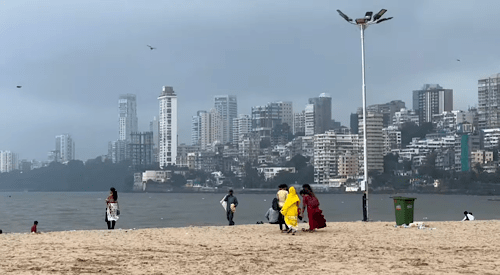 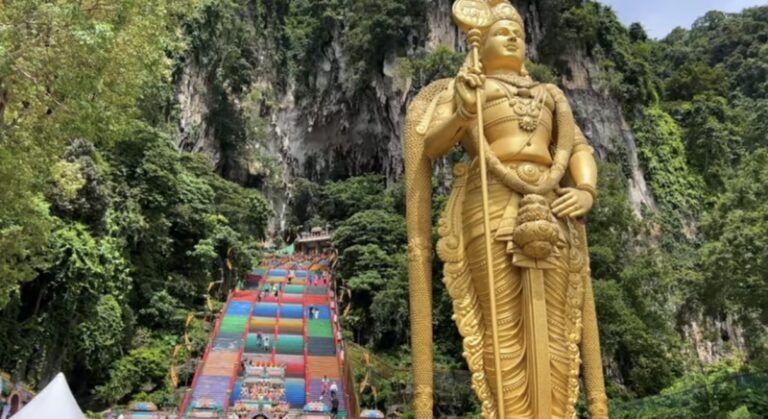 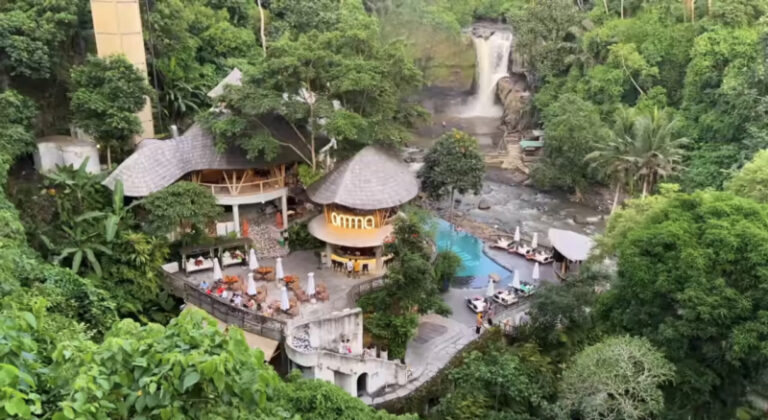 Bali is the perfect getaway for something new, different, and exciting. Here are some of our favorite things to do in Bali 😎 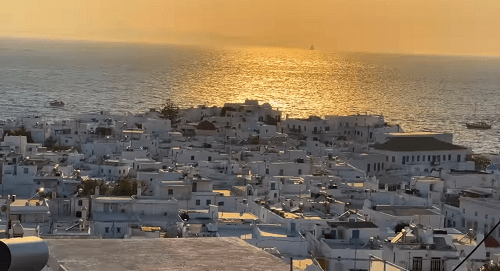 Mykonos, Greece – The perfect destination for your next vacation. 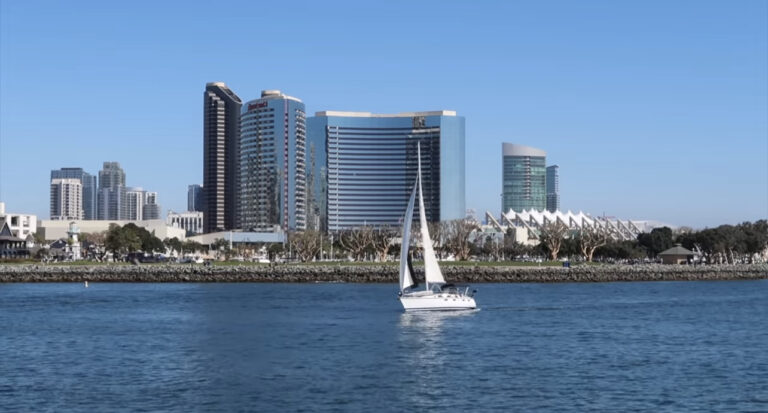 San Diego is California’s premier destination for beach lovers. No matter what time of year you visit, you can count on San Diego, California Travel Guide for a smooth and fun vacation!